The United States now has more COVID-19 cases and deaths than any other nation in the world, and 65% of Americans believe that President Donald Trump could have -- and should have -- done more to prevent it from happening.

According to a survey released by the Pew Research Center, adults think that the President was "too slow to take major steps to address the spread of COVID-19" disease. Younger adults, those under age 50, were especially critical, rating 20% more likely to hold that opinion.

The survey was conducted during a period when 1,500 to 2,000 people were perishing daily due to COVID-19. Even in the midst of so much loss and despair, however, 73% of those surveyed still felt that the worst was yet to come. The President may not be helping with his daily briefings, which often read more as campaign rallies than effective information-giving sessions.

(via Newsweek): Fifty-seven percent of U.S. adults now believe Trump is doing a poor or fair job of providing accurate information about the outbreak. A little more than half of Americans believe that he is making the situation appear better than it really is. Similar percentages believe the same about his meeting the needs of hospitals and working with state governors. On all of these questions, Democrats and Republicans remain deeply polarized.

The Pew survey was conducted from April 7 to April 12 and has an overall margin of error of 2.1 percentage points.

President Trump has vigorously defended and even praised his administration's response to the global pandemic, pointing to the state of world affairs in January and February 2020 compared to the U.S.

"How do you close down the greatest economy in the history of the world when on January 17 you have no cases and no death?" the president said at a press conference. "We're supposed to close down the country?"

Yet privately, the administration was aware that the novel coronavirus was spreading and opted not to take more aggressive preemptive measures. Even now, the president refuses to invoke the Defense Production Act to its full capacity, despite the nation's deep deficiency and desperate need for medical equipment and supplies like masks, gowns, swabs and more.

Trump has made his position on the law known in the past, stating in March that "we're a country not based on nationalizing our business" and making a comparison to Venezuela. That bias appears to be boosting the pandemic's power as it spreads across America. 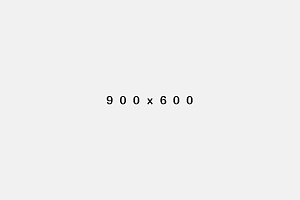