What happens when two entertainment entities collide? They join forces to create.

WarnerMedia has set the launch date for HBO Max, which will debut on May 27 with titles that include Anna Kendrick’s Love Life, documentary feature On The Record, non-scripted series Legendary and Craftopia and kids series like Looney Tunes Cartoons and The Not Too Late Show with Elmo.

“Our number one goal is having extraordinary content for everyone in the family, and the HBO Max programming mix we are so excited to unveil on May 27th will bear that out,” said Robert Greenblatt, Chairman of Warner Media Entertainment and Direct-To-Consumer. “Even in the midst of this unprecedented pandemic, the all-star teams behind every aspect of HBO Max will deliver a platform and a robust slate of content that is varied, of the highest quality, and second to none. I’m knocked out by the breadth and depth of our new offering, from the Max originals, our Warner Bros library and acquisition titles from around the world, and of course the entirety of HBO.”

Subscriptions for HBO Max will be $14.99 per month, but for a limited time, HBO Max is offering preorders that allow instant access to the service on May 27. They also let you start streaming HBO NOW today and give you 12 months of epic entertainment, the cost for the service will be $11.99 per month.

(via Deadline): Love Life, produced by Lionsgate Television and Feigco Entertainment, is a romantic comedy starring Kendrick and created by Sam Boyd (In a Relationship); Legendary is a voguing competition series which features MC Dashaun Wesley and DJ MikeQ as well as celebrity judges Law Roach, Jameela Jamil, Leiomy Maldonado, and Megan Thee Stallion and is produced by Queer Eye producer Scout Productions; Craftopia, produced by B17 Entertainment is a kids crafting competition; Looney Tunes Cartoons is an all-new series from Warner Bros. Animation and The Not Too Late Elmo Show is a talk show featuring Sesame Street characters, and On The Record, which debuted at Sundance, is directed and produced by Kirby Dick and Amy Ziering that tells the story of Drew Dixon as she grapples with her decision to come forward and publicly accuse hip-hop mogul Russell Simmons of sexual assault.

“Consumers will quickly see that HBO Max is set apart by a foundation of loved brands built over decades but stitched together with a distinctive voice and product experience,” added Kevin Reilly, Chief Content Officer, HBO Max, President, TNT, TBS, and truTV. “Our team has meticulously selected a world class library catalogue and collaborated with top creators across all genres to offer a monthly cadence of original series and movies that we will program and promote for cultural impact.”

The streaming service will house library titles like Friends, South Park and The Big Bang Theory, as well as original series such as a Gossip Girl reboot, Kaley Cuoco’s The Flight Attendant, and Ansel Elgort’s Tokyo Vice.

“It is thrilling to be approaching the launch of HBO Max so we can finally share the first wave of content our teams have been developing in partnership with a group of unparalleled creators,” said Sarah Aubrey, Head of Original Content, HBO Max. “The originals slate available at launch represents a diverse range of unique voices emblematic of the quality and scope of our programming still to come.”

HBO Max will be available online and via a number of platforms including Charter Communications and YouTube’s TV MVPD service. 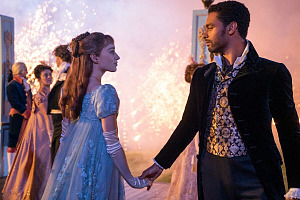 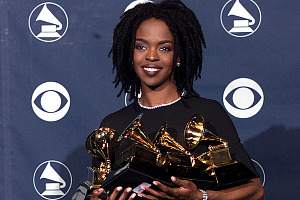 Lauryn FINALLY Tells Why There Was No Second Album 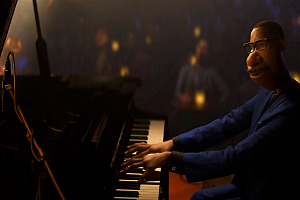