Wiping out a decade of employment gains, more than 22 million Americans have filed for unemployment aid since President Trump declared a national emergency.

The last time the United States saw this level of unemployment was during the Great Depression. Today, the government is struggling to get a handle on the deadly coronavirus health crisis that is triggering economic havoc and sending the American people to the food banks.

To help stop the spread of COVID-19, many businesses have had to close up shop and lay off workers. The ones that have remained open report a huge drop-off in sales. Manufacturing production has also seen an all-time low, the worst since 1946, with new construction seeing the biggest decline in nearly 40 years, the Washington Post reports.

“We are going to go through a couple of quarters, at least, where things will be bad,” said Patrick Harker, president of the Federal Reserve Bank of Philadelphia. “I could see a [jobless] number hovering around or slightly below 20 percent, even.”

What was supposed to help businesses during this difficult time has been halted, since the Small Business Administration stopped accepting loan applications on Thursday after it ran out of funds.

People that applied for unemployment payments to arrive are still waiting weeks later, and most may have to endure a little longer, as state unemployment offices are overwhelmingly behind. That also goes for the government’s “stimulus checks,” which have been held up by various glitches.

The stock market is holding out hope that parts of the economy can reopen soon, and Trump declared that “if we weren’t doing well, the market wouldn't be at a level that it is today” on Tuesday. But stocks had seen little change in regular trading on Thursday due to Wall Street traders already factoring in the major job losses.

(via Washington Post): “Two economists say the U.S. unemployment rate is already over 20 percent, according to Alexander Bick of Arizona State University and Adam Blandin of Virginia Commonwealth University who are tracking the data in real time. It is expected to remain close to 10 percent through the end of the year, meaning 1 in 10 people would still be out of work at the holidays, the National Association for Business Economics says.

Every state has experienced job losses, with several key swing states in the upcoming presidential election among those hardest hit with layoffs ranging from manufacturing to hospitality.”

In Michigan, a million workers, or 21 percent of the workforce, applied for unemployment over the past month. Pennsylvania has close to 20 percent of workers out of a job, and Ohio is near 15 percent. Hawaii, the worst of it all, has nearly 22 percent out of work.

“We must have a working economy and we want to get it back very very quickly, and that’s what’s going to happen. I believe it will boom,” Trump said in a news conference.

But even when the economy fully opens back up, Americans are leery of catching the virus without widespread testing or a vaccine, many experts say.

In addition to health concerns, when the economy is in an uneasy state, many Americans tend to hold on to their savings. People typically slash their spending when they see widespread job losses and are experiencing pay cuts.

“Households are spooked by the idea that they might lose their jobs again or have their hours cut again. They see so many different ways their lives can get disrupted,” said economist Ernie Tedeschi of Evercore ISI, a research firm. “They are not going to be confident that things are back to normal until well after the virus has passed.”

However and whenever the economy fully opens back and returns to normal -- whatever that may look like for now on -- consumers will have some “psychological scars,” and they are likely to be long-lasting.

Tedeschi, a former Treasury Department official, pointed to how millennials have been reluctant to buy homes, years after the Great Recession, because they are still spooked by seeing so many family and friends experience foreclosure or personal bankruptcy. Now, this latest trauma already them pausing more big purchases for the future. 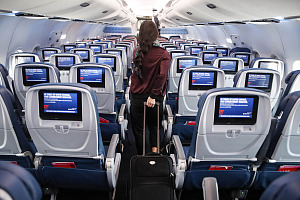 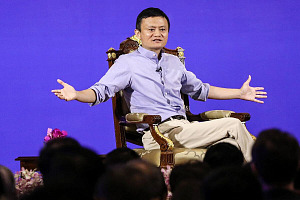 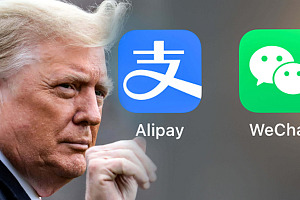