The race is on -- women candidates aren’t shy, nor are they holding anything back as they speak up on why they would be great running mates for former Vice President Joe Biden.

Vetting a potential running mate usually involves candidates playing a game of “dodgeball.” Traditionally, they often duck, hide and attempt to maintain a low profile in front of the prying media.

The COVID-19 pandemic, however, has upended nearly every facet of life, including politics.

The 2020 campaign, unlike any other in modern political history, is causing some women to untraditionally break an ‘unspoken’ rule -- keeping quiet about their interest in running for one of the highest roles in the nation.

One in particular who has vocally expressed that she’d gladly take the job is Stacy Abrams, who ran for governor of Georgia in 2018, then made a not-so-graceful bow to eventual winner Brian Kemp.

“I would be an excellent running mate, Abrams said. "I have the capacity to attract voters by motivating typically-ignored communities. I have a strong history of executive and management experience in the private, public, and nonprofit sectors. I’ve spent 25 years in independent study of foreign policy. I am ready to help advance an agenda of restoring America’s place in the world.”

“Yes,” said Massachusetts Sen. Elizabeth Warren when asked if she would take on the role of the vice presidency if asked by Biden.

"If asked, I would be absolutely honored to serve in such a critical role during such a critical time for our nation," Florida Representative Val Demings said in a recent radio interview.

With their main focus on the coronavirus pandemic that has swept the nation, women like Sen. Amy Klobuchar and California Sen. Kamala Harris, have said relatively little, simply stating how great of an “honor it would be to serve in the second highest office in the nation.

Not every eligible candidate is expressing their desire to be considered for the vice presidency, including one that works side-by-side with Biden.

Though Whitmer has no plans to run, Biden is hoping otherwise, as he has mentioned Whitmer on his list of possible candidates.

"A lot of times people are a little bit more coy," Joel Goldstein, a vice presidential scholar at St. Louis University told ABC News. "Either they've been told not to talk about the fact that they're being vetted or they'll say, ‘Well, you know I don't expect that I'll be chosen.’"

According to ABC News, “Many women have been previously floated for the position--Former Health and Human Services Secretary Kathleen Sebelius, former Republican presidential candidate Carly Fiorina, Former U.N. Secretary Nikki Haley and former Oklahoma Gov. Mary Fallin were all in consideration in the last three cycles, with some like Sebelius making it on the shortlist of candidates, but with a quieter approach to the speculation.”

If Biden sticks to his pledge, something that he said he intends to do, 2020 will mark the third time in U.S. history that a woman has served as the vice presidential nominee for a major political party. 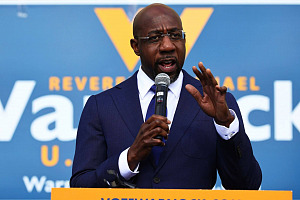 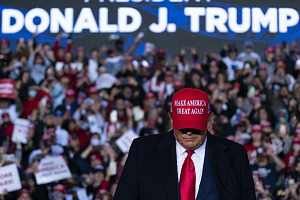