An IAmPMAG article references a powerful quote from former President Obama that says, “I’m absolutely confident that for two years, if every nation on earth was run by women, you would see a significant improvement across the boards on just about everything… living standards and outcomes.”

Coincidentally, Avivah Wittenberg-Cox, a global gender-balance consultancy, wrote an article for Forbes titled, What Do Countries With The Best Coronavirus Responses Have in Common? Women Leaders.

They may both be on to something.

But what they do all have in common is “using the crisis to accelerate a terrifying trifecta of authoritarianism: blame - “others,” capture-the-judiciary, demonize-the-journalist, and blanket their country in I-will-never-retire darkness.”

Run by women in charge, Iceland, Taiwan, Germany, New Zealand, Finland, Iceland, and Denmark are revealing that women “have what it takes when the heat rises in our House of State.”

In the words of Wittenberg-Cox...

Who: Angela Merkel, Chancellor of Germany

What: Merkel stood up early and calmly told her countrymen that this was a serious bug that would infect up to 70% of the population. Testing began right from the get-go. Germany jumped right over the phases of denial, anger and disingenuousness we’ve seen elsewhere.

Result: German coronavirus numbers are far below its European neighbors, so much so that it may be able to slowly ease into loosening restrictions.

What: Among the first and fastest to respond in January at the first sign of a new illness. She introduced 124 measures to block the spread without having to resort to the lockdowns that have become common elsewhere.

Result: Tsai is now able to send 10 million face masks to the U.S. and Europe, and because of what CNN calls “among the world’s best responses, keeping the epidemic under control, and still reporting only six deaths.”

What: She imposed self-isolation on people entering New Zealand astonishingly early, when there were just 6 cases in the whole country, and banned foreigners entirely from entering soon after. Arden is making all returning New Zealanders quarantine in designated locations for 14 days.

Result: As of mid-April, New Zealand had suffered only four deaths.

What: Is offering free coronavirus testing to all its citizens, and in proportion to its population the country has already screened five times as many people as South Korea has, and instituted a thorough tracking system that means they haven’t had to lock down or shut schools.

Result: Country will become a key case study in the true spread and fatality rates of COVID-19. Most countries have limited testing to people with active symptoms.

Result: Inviting influencers of age to spread fact-based information on managing the pandemic.

What: She was building on the short, three-minute press conference that Danish Prime Minister Mette Frederiksen had held a couple of days earlier. Solberg held a dedicated press conference where no adults were allowed.

Result: Solberg was able to respond to kids' questions from across the country while explaining to them that it’s ok to feel scared.

Wittenberg-Cox suggested that “too many political organizations and companies are still working to get women to behave more like men if they want to lead or succeed.”

But based off of Wittenberg-Cox’s report and Obama’s response, it may well be the other way around. 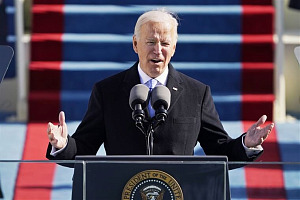 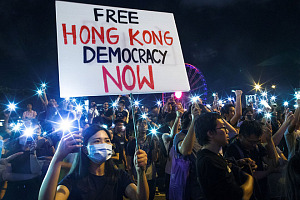